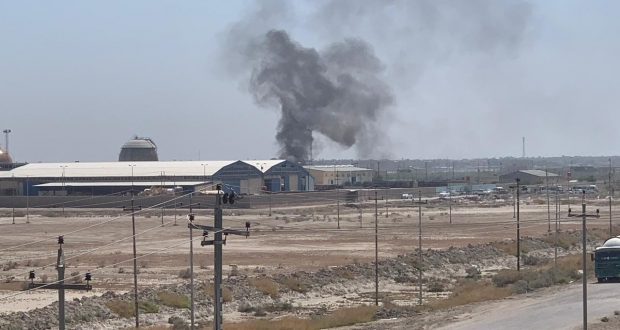 Aliitijah and Alahad satellite channels correspondents were prevented from covering the incident of the explosion that took place in Thi-Qar Butane Factory on Sunday.

Husain Alkhafajy, Alitijah correspondent told Press Freedom Advocacy Association in Iraq that both he and his colleague Hani Alfaris, correspondent for Alahad satellite channel, headed towards the site for coverage and were halted by the company’s security staff for more than fifteen minutes with no reasonable excuse. Then they were denied entrance and coverage. They added that the permission was granted exclusively to Iraqia Media Network since it is the only public channel representing the government. Thus we were demanded to leave the place at once.

Press Freedom Advocacy Association in Iraq condemns the aforementioned incident that both colleagues have witnessed by the oil-Institutional security forces. The association demands that the institutional security command and ministries of oil and interior not to set any limitations upon journalism in Iraq and adopt equal standards among all media performing bodies in the country.