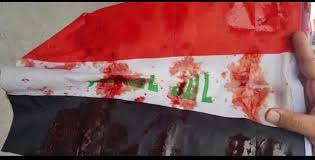 A week after Iraqi media bodies were hit by open attacks that shut down five television stations and damaged the interests of hundreds of its employees, the Iraqi government is still refusing to investigate.

Today, after the religious authority called on the government to investigate the story of the attacks, and the announcement of the party that targeted the media within two weeks, Press Freedom Advocacy Association in Iraq states that an unknown military force is still occupying the building of the Alnahrain Channel near the Green Zone, and that a security force is still threatening to issue a list of journalists for arrest or liquidation.

The association also confirms that the pictures broadcasted by one of the satellite channels show some faces and signs of who broke into the media, and the silence of security services. Is no longer justified.

The Ministry of Interior’s announcement of protection of the media is worthless in the face of continued impunity, amid the continued siege of the buildings of a number of news agencies that have been suspended due to the lack of internet access.

The Association calls on the prime minister to clearly state who targeted the media during the period announced by the religious authority, and not to adjourn or procrastinate.

The association said it would not stand idle in the face of this systematic targeting of the constitutionally guaranteed freedom of journalistic work in Iraq.