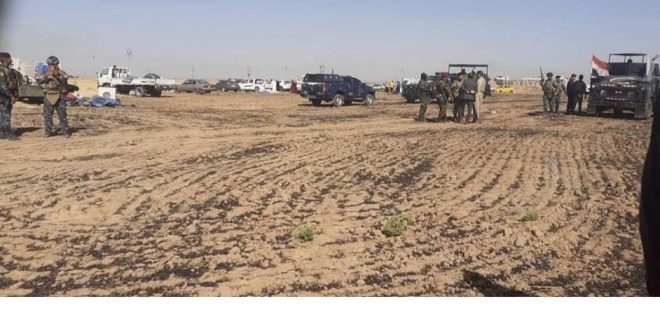 Security forces in Kirkuk detained a reporter and cameraman for The Kurdistan 24 channel and prevented other journalists from covering peasant demonstrations in the province, and destroyed and confiscated the equipment of three cadres who came to cover the incident, Sundaymorning.

Azad Shakur, A Kali Kurdistan Correspondentwho was on a press mission to cover the demonstration that erupted in the province told Press Freedom Advocacy Association in Iraqthat the security forces of the 19th Brigade prevented him and the staff of “NRT” channel from covering, and detained the team of (Kurdistan 24) channel.

Shakur said the troops confiscated his equipment and destroyed the NRT camera, while Kurdistan 24 reporter Soran Kamran and his cameraman Nozad Mohammed remained in detention until the time of writing.

The association calls on the security authorities in Kirkuk to release the journalists immediately and to stop using force against them when on duty.