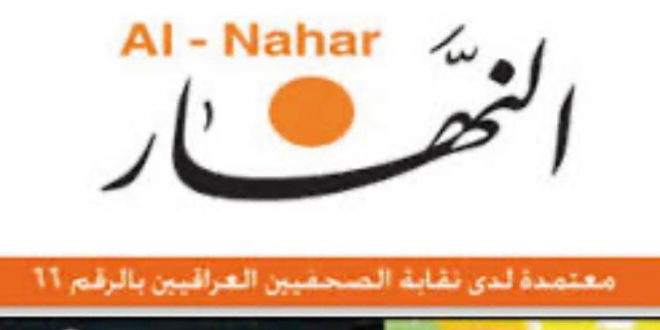 Al-Nahar’s editor Ali Al-Sahenwas directly targeted by a sound bomb in front of his Baghdad home.

“A sound bomb exploded at the door of his house in Sadr City just after midnight Tuesday, causing material damage,The police station reported the incident and registered a complaint to identify the perpetrators, who were found to be two people riding a motorcycle, as shown in the neighbors’ surveillance cameras. ” he told the Press Freedom Advocacy Association in Iraq.

“The targeting came after publishing field investigations into the Tahrir Square demonstrations, and called on the concerned authorities to activate the law on the rights of journalists, which grants journalists their rights and contributes to the preservation of their lives,” Al-Sahen said.

The association calls on the concerned authorities to follow up on the investigations to reach the perpetrators for due punishment.