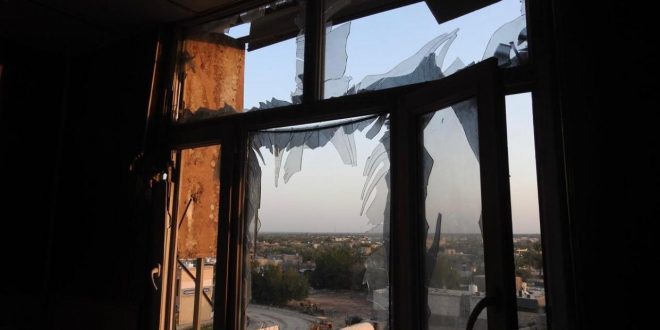 Alwafaa Radio and TV station was attacked on Monday morning by an anonymous missile.

Inews correspondent, Haidar Hadi in Karbalaa told Press Freedom Advocacy Association in Iraq that Unidentified gunmen fired RBG missiles at the Al-Wafa radio and television building in Kufa in the early hours of Monday, causing serious damage to the upper floor of the building, without causing any human casualties.

The Association, which wishes safety to colleagues working for Al-Wafa radio and television, considers this targeting of the building a flagrant violation of the freedom of journalism.

The association also calls on the provincial security services to open an investigation into the incident, prosecute armed groups targeting press organizations in the country and hand them over to justice.