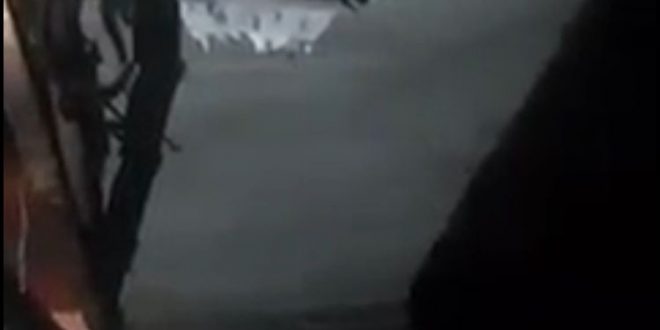 An overnight  sound bomb attack was undertaken by Unidentified gunmen who targeted the home of  the fellow journalist Ali Fadhil, in Baquba district of Diyala province.

The device was homemade and placed in front of his home in Baquba, causing material damage to the facade of the house, a colleague told the Press Freedom Advocacy Association in Iraq.

The journalist expressed concern after his house was bombed, without any indications of his threat, any differences with any armed or political parties, or personal hostility with anyone. The attack was likely against the backdrop of his publication of reports criticizing the current events and the performance of the local government in Diyala. Ali Fadhil works for several local agencies.

At the time that the Press Freedom Advocacy Association in Iraq wishes the colleague and his family safety and wellness, it considers the incident a serious indication of the destruction of freedom of expression and the constitutionally guaranteed press freedom in the country.

The association calls on the Prime Minister and Minister of Interior to open an investigation into the incident immediately, speed up the search for those behind the targeting of journalists and media workers, fulfill the government’s obligations towards media cadres, pursue it seriously, and stop turning a blind eye to the increasing attacks on journalists and media workers on their homes exposing them and their families to various risks.