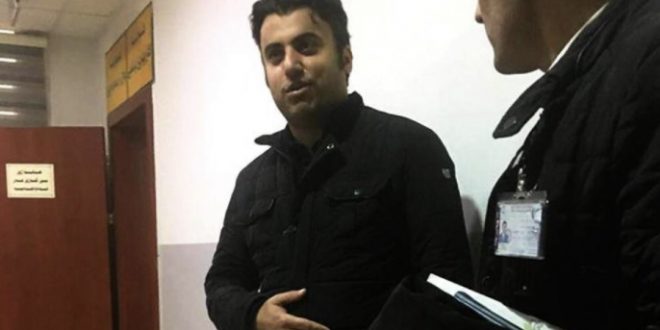 A Security Force raided the home of journalist Sherwan Shirwani’s home in Erbil, and took him to an unknown destination.

The wife of journalist Rujesh Shirwani told Press Freedom Advocacy Association that they were surprised by the raid of a security force belonging to the Asaish service on their house onWednesday, and the arrest of her husband Sherwan and interrogated him in front of her, and then took him to an unknown destination, pointing out that Al-Asaish confiscated her husband’s cell phone and personal computer, after she erased the surveillance camera recordings of the house.

She noted that Sherwan publishes reports on KRG Authorities’ corruption, and works as a freelance journalist in several press sites, in addition to his work in a human rights organization.

Press Freedom Advocacy Association condemns the journalist’s detention without a warrant, which is a violation of the freedom of journalists and a constitutional breach.

The Association is concerned that journalists have been repeatedly detained and arrested by the authorities in the region with little deterrent from the central government, simply for criticizing the conduct of the government or the president of the Region.

The association calls on the authority in the territory to disclose where the journalist is being arrested, to stop intimidating journalists and to restrict constitutionally guaranteed freedom of expression.

The association also calls on UN organizations and the international community to put pressure on the Kurdistan Regional Government (KRG) and deter its approach, which is contrary to all the conventions and treaties signed by the regional authorities on human rights and freedom of expression.