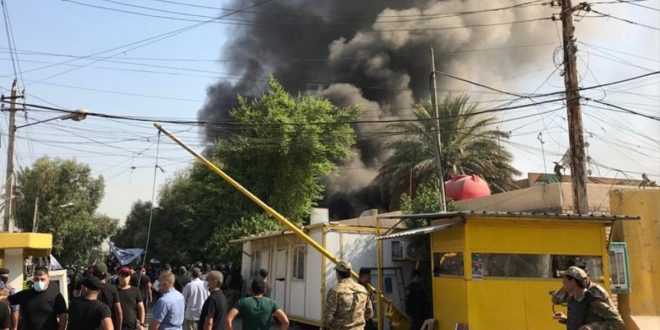 Security Personnel of the Federal Police in Baghdad detained the team of al-Ahd and i News channels on Saturday morning.

Baghdad correspondent Mohammed al-Awadconfirmed to Press Freedom SAdvocacy Association in Iraq the arrest of his colleagues in the channel Mohammed al-Zuhairi, Ali Jassim, Abbas al-Delphi while covering the demonstrations that began today in front of the Headquarters of the Kurdistan Party in central Baghdad.

The Association condemns the detention of journalists without any legal basis, a violation and a clear legal abuse, especially since the presence of the press near any demonstration or event indicates their coverage and not their participation.

The association calls on the Minister of Interior and security chiefs to end abuses by security forces against journalists.