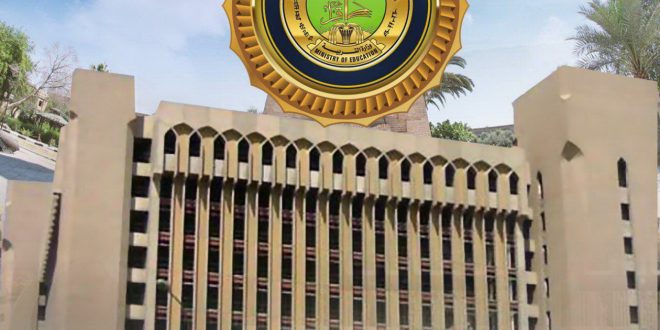 The Ministry of Education (MOE) issued instructions to all its directorates to prevent the media outlets from entering educational institutions and government schools, except after obtaining official approvals from the Ministry exclusively.

The Press Freedom Advocacy Association (PFAA) in Iraq reviewed a copy of the document issued by the MOE, which included obligating all its directorates to adopt legal contexts in communicating with the media, and not allowing them to enter schools and educational institutions except through official channels, provided that official approvals are obtained, to allow them to enter and make media coverage.

The Ministry also obligated journalists to obtain official approvals to be submitted within a period of time, so that employees of the MOE could review them. However, the ministry did not explain the reason that prompted it to take such a measure.

The PFAA in Iraq considers the instructions issued by the MOE against the media in contravention of the constitution that guarantees freedom of presswork, and contradicts the principle of the democratic system that supports the formation of the fourth authority.

The association further expresses its fears of the continuous decline in freedom of presswork throughout Iraq, calling on the federal government to expedite the cessation of any form of restrictions and oppressions issued by government agencies from time to time.

The Association also calls on the President of the Republic to take his role in protecting the constitution and to stop repeating the breach of the oath he took prior to his inauguration. 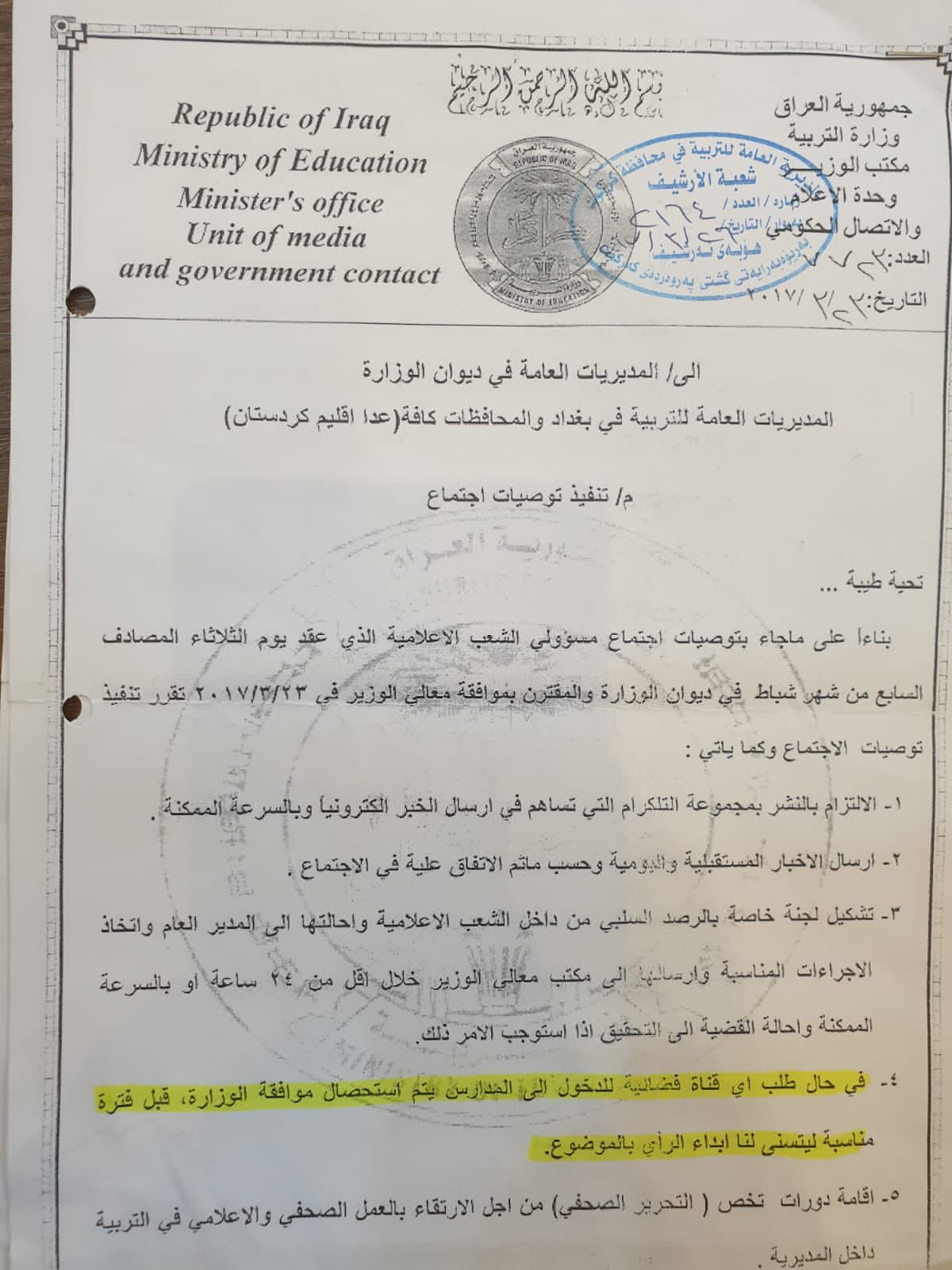