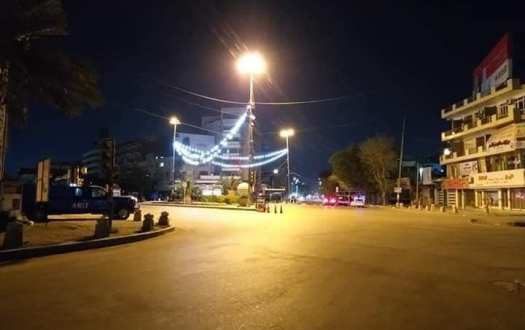 Exclusion of Press overlooked by Security Forces in Karrada

Security forces in Baghdad’s Karrada area continue to prevent media and journalists from passing through after 10:00 p.m., claiming that the High Commission has cancelled all exceptions.

Journalists and media crews have been detained for long periods of time on several streets, intersections and airports for three nights.

A number of colleagues complained last night of the ban and stayed inside their vehicles for long periods, after a hard day of work in their offices, and delayed their arrival at their homes, stressing that the security forces informed them that they received orders from the higher authorities to prevent the passage of anyone from checkpoints, and limit exceptions to medical and health staff only, and caused confusion in the work of a number of media working 24 hours.

Press Freedom Advocacy Association in Iraq, expresses its regret for this security measure, and considers it an arbitrary procedure that overlooks the orders issued by the High Committee for Health and environment, which included press and media staff, as well as the prohibition of constitutionally guaranteed press work.

The association confirms that this measure was repeated about two months ago and caused the suspension of many political programs and news bulletins for satellite channels, and was quickly addressed by the committee by preventing the security leaders from taking any action without returning to it.

The association calls on the High Committee to intervene to remove this injustice from upon media and journalists, and to allow them to pass unhindered serving public interest.