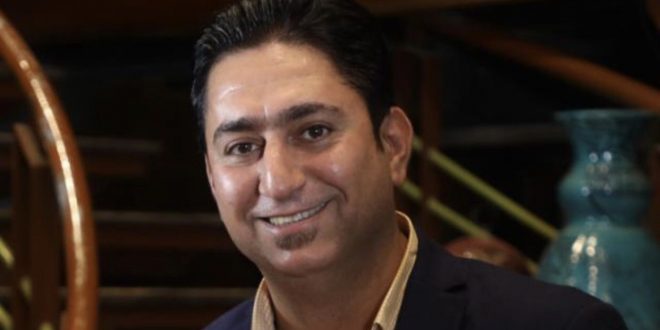 A security officer stormed the live casting site of al-Ghadeer TV during its coverage of Wednesday’s election results announcement conference inside the Martyr’s Monument building in central Baghdad.

Alaa Hussein, a correspondent for the Press Freedom Advocacy Association in Iraq, said he was surprised that as soon as he and his colleague, cameraman Mohammed Shahid, began to report the proceedings of the counting conference of the results of the parliamentary elections, a security officer stormed into the conference hall and cut the coverage at once.

Adding that the officer who was in charge of securing the conference, threw the staff’s equipment outside the building of the conference, after ordering them to leave the site immediately.

A video shows the moment when the officer stormed the filming site and cut off coverage during al-Ghadeer’s news bulletin.

Press Freedom Advocacy Association in Iraq rejects the exposure of fellow journalists to such actions as they have been prevented from carrying out their duties in reporting the results of the elections, and this clearly violates the freedom of press and media work in the country.

The association also calls on all honest agencies to make way for the media to convey the election results updates, because of their importance in determining the country’s political destiny, to stop imposing restrictions and harassment on journalists without justification, and to comply with the Iraqi Constitution.