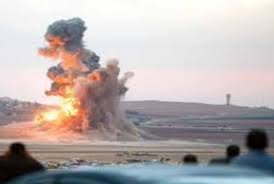 Basra Health Department prevented a number of media channels from entering Zubair General Hospital and photographing the victims of a landmine that exploded in Rumaila area on Saturday morning.

The Press Freedom Advocacy Association learned from its representative in Basra that members of the police protecting Zubair hospital prevented the crews of channels (Al-Hurra, Al-Marbad, Dijla, Huna Baghdad, Al-Itijah) from entering the hospital, and collecting the data of the victims including their health condition and testimonies. Police officers told reporters that they had received instructions from the Basra Health Department to prevent media from entering the hospital.

Several colleagues working in the media complained about the officials in charge of Basra’s health, after repeated cases of denial of coverage, obstruction of their journalistic duties, and the filing of judicial lawsuits against them, simply for passing on information.

The Association condemns the obstruction of media performance  in Basra, and considers it a violation of the principles of the constitution that ensured the freedom of press and media work in the country.

The association calls on all employees of government institutions to stop preventing journalists from conveying a clear picture of the events taking place on ground to public, and to stop the harassment and restrictions used with the intention of officials to hide the facts and mislead public opinion.