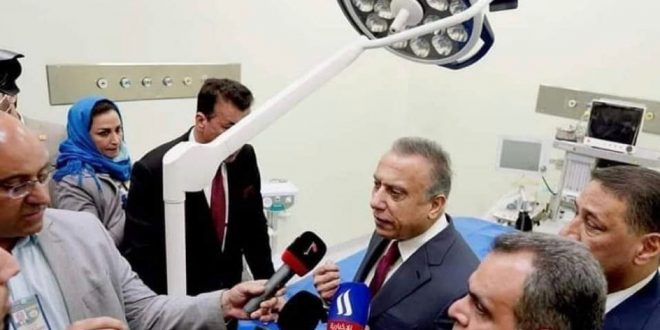 Members of PM Mustafa al-Kadhimi’s security forces prevented a number of media outlets from covering the opening of the al-Batoul hospital building on the right side of Mosul on Sunday morning.

The Press Freedom Advocacy Association in Iraq  investigated the incident after contacting several colleagues in Mosul, and discovered that the cadres of channels (INEWS, Alitijah, Zakros, Dijlah, Altaghyir, Utv, Hurra Iraq) were about to cover the event, but were surprised by being prevented by members of PM’s protection forces, from filming, and allowing only reporters of government channels (Iraq, Karbala, Mosul) to cover the event without explaining the reasons.

The security forces asked other journalists to leave the hospital site immediately.

The Prime Minister and delegation arrived in Mosul to inspect the province’s conditions and open the Batoul hospital on Monday morning.

The Association condemns the ban on the media from performing their duties, that clearly violates the freedom of press and media work in the constitutionally guaranteed country.

The association reminds the Prime Minister of his promises to journalists, to provide a free press environment  and to respect the constitution, which has unconditionally guaranteed freedom of press work.