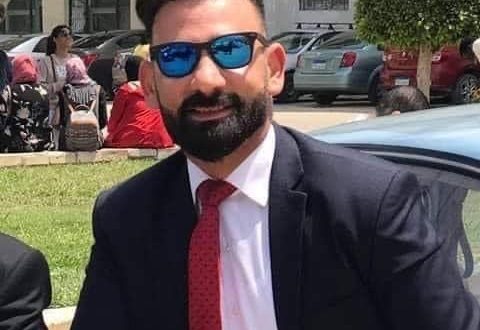 A security force arrested al-Baghdadia TV presenter Ali al-Thabhawi this morning as he was led to the intelligence headquarters to interrogate him to be released after four hours.

The Press Freedom Advocacy Association in Iraq has learned that al-Thabhawi’s release came after a callfrom the Prime Minister Mustafa al-Kadhimi’s office for the journalist’s immediate release.

A source inside al-Baghdadia tv told the association that the force that arrested Al-Thabhawi covered his head (like terrorists) during his interrogation, and demanded that he reduces his critical tone against the ruling politicians and influential actors in the country, adding that the force threatened scale up its procedures against al–Baghdadia channel if it doesn’t change its attitude towards political figures in the country.

Al-Thabhawi’s arrest was the second of its kind after he was arrested in the middle of last year and released on financial bail after similar intervention;after broadcasting an interview dealing with political events on his 9:00 o’ clock Studio program.

The Association expresses concern about the repeated series of arrests, detentions and use of criminal means to undermine media, and that the arrest of Al-Thabhawi is a clear violation of the freedom of press work.

The association also demands that the charges against the journalist and the reasons for the arrest be disclosed, especially that they were without charges or arrest warrants.

The association renews its call for the Commander-in-Chief of the Armed Forces to end the arrests and detention by the forces acting under his command, with the aim of deterring journalists, discouraging them from fulfilling their duties before public opinion and to adhere to the Constitution and the stipulations of the international conventions.