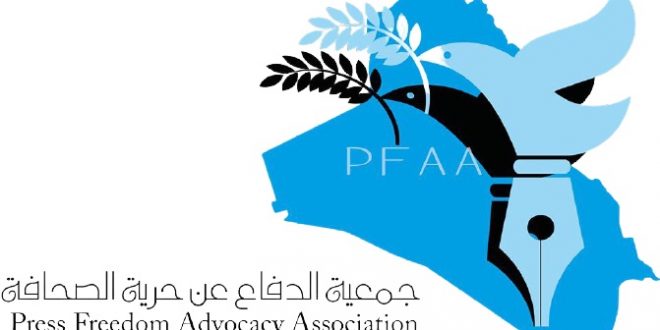 Journalists continue to be targeted after a day of beatings, detentions, confiscation of equipment and denial of coverage on the sidelines of the tragic events that took place in Baghdad throughout the day and night on Monday.

At dawn on Tuesday, unknown gunmen in Diwaniya province targeted the house of Zakros TV correspondent Nabil al-Jubouri with a hand grenade, and surveillance cameras showed the moment gunmen in an SUV threw a pomegranate and a barrage of bullets at the house, for unknown reasons. The incident resulted in damage to the outer courtyard of the house without causing any injuries.

The association learned that there were no differences or enmities for the journalist with any political party or armed faction.

On Monday evening, gunmen also targeted the Al-AhedRadio building in Baghdad’s al-Bayyaa district with mortar shells, resulting in material damage to the building, without any casualties.

The correspondent of the Tigris channel, Mustafa Latif, was injured in the neck by shrapnel of a stray mortar, while his fellow cameraman Kamal Raad was injured in the leg, the incident took place while they were busy covering the events near the Green Zone. They were taken to Al-Karama Hospital for treatment.

Concerning coverage of the protests inside the Green Zone on Monday, AP correspondent Hadi Mazban was beaten by the sector’s protective force, and all his press equipment were confiscated to prevent him from filming.

At the time that the Press Freedom Advocacy Association in Iraq wishes safety to all the injured journalists, it considers the targeting of journalists’ homes and media buildings a serious indicator of the decline in the space for freedom of journalistic and media work in the country.

The association also calls on protesters not to involve the media in the rising disputes between politicians, as the media is a means of conveying the events taking place on ground. It reminds the current government and security services of the need to provide the necessary protection to the headquarters of the media and their staff.

The association also calls on fellow journalists to take care and caution, and to keep as safe as possible, to perform their tasks, especially at the time of escalating events and the outbreak of protests. 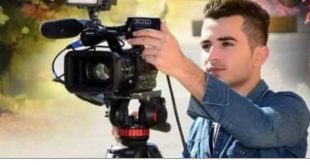