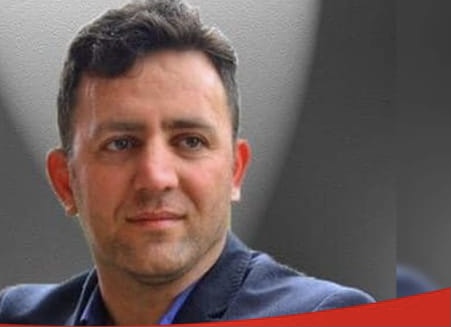 Detention of Editor-in-Chief of “Diplomatic Magazine” in Sulaymaniyah

The security authorities in Sulaymaniyah detained the editor-in-chief of the “Diplomatic Magazine”, Haymen Baqer, this morning, Sunday, after he responded to a report by the Bakhtiari police station.

The coordinator of the Press Freedom Advocacy Association  (PFAA) in in Sulaymaniyah stated that Haymen Baqer had been detained inside Bakhtiari Police Station, after he went there to inquire about the warrant he had received, following a complaint against him in Erbil by a party that the police station declined to name, adding that the police detained the journalist due to his publication of  corruption files linked to the Kurdistan Regional Government (KRG).

Baqer was released on bail of four million dinars, pending a date for the first pleading of the lawsuit against him.

Furthermore, the PFAA calls on the KRG to stop arresting and detaining journalists simply for performing their journalistic duties, to stay away from the policy of terror and intimidation that it uses to silence mouths, and to abide by the international conventions signed by the KRG, which included freedom of journalistic work unconditionally. The PFAA also calls on the federal government to stop ignoring violations of freedom of expression and the press in the Kurdistan region, and to take responsibility for protecting journalists in the region.

Finally, the PFAA appeals to the relevant international organizations to shed light on the extent of violations against the constitutionally guaranteed freedom of press work in the Kurdistan region in particular and Iraq in general.