Members of the National Security forces in Mosul arrested Hala FM director, Sattar al-Mahal, and released him on bail after a couple of days..

Al-Mahal told the Press Freedom Advocacy Association in Iraq that he was released, on Wednesday morning from the Directorate of National Security in Mosul, after he was arrested from in front of the radio building last Monday, upon his arrival at work, where a number of security elements approached him, took him to the directorate building, where he was detained.

The colleague said that the officers of the agency confirmed that two lawsuits were filed against him by the official of oil products in Mosul, “Moaz al-Nuaimi” accusing the journalist of defamation, after raising a number of corruption concerns about the work of the directorate. The journalists requested access to the case paper filed against him, but the investigators refused.

Al-Mahal added that he did not receive any notice or warrant about the lawsuits, until he was suddenly arrested.

The Association condemns the arrest incident within its circumstance, which reflects a reprehensible approach against journalists, and considers it contrary to the directives of the Supreme Judicial Council, which announced the urge to notify the defendant by the Journalists Syndicate.

The Association holds the Commander-in-Chief of the Armed Forces responsible for the insistence of the security forces on arresting journalists on illegal bases, to muzzle mouths, and demands an end to the arresting and detaining of journalists, to silence their voices. It also calls to respect the principles of the law and what is stipulated in international conventions that are signed by Iraq, to protect the remainder of the freedom of journalistic work, after the country has fallen to its lowest levels in recent years’ ranking. 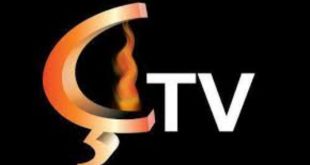