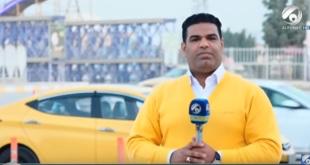 For more than 10 hours now, the Furat channel’s correspondent in Diwaniyah, Ahmed Hassan, has been an assassination target attempted by unidentified gunmen early Monday.

The incident occurred in front of his home in Al-Shamia district while he was returning from the capital Baghdad, and he was armed. A gunman was waiting for him and approached near his car upon parking. He was seriously shot in the head, according to the coordinator of the Press Freedom Advocacy Association in Diwaniyah.

Ahmed was taken to the city hospital at once, but his highly critical condition forced medical staff to refer him to the Neurological hospital in Baghdad and underwent surgery.

The Association for of Press Freedom in Iraq is deeply concerned about the systematic series of assassinations, following continued attempts to muzzle mouths and displace journalists, and the blatant violation of constitutionally guaranteed freedom rights concerning press work.

The association accuses the Iraqi government and security agencies of failing to prosecute the perpetrators of previous assassinations, prompting further restrictions and crimes.

The association said the government’s lack of seriousness in the search for the perpetrators and impunity was behind the continuing series of assassinations of journalists and freedom of expression.

The association also calls on the Prime Minister as the highest authority in the country and the competent authorities in the Ministry of Interior to immediately open an investigation into the incident, prosecute death gangs and expose perpetrators.

The association is also astonished by the government’s silence and the lack of reaction to the assassination attempt.