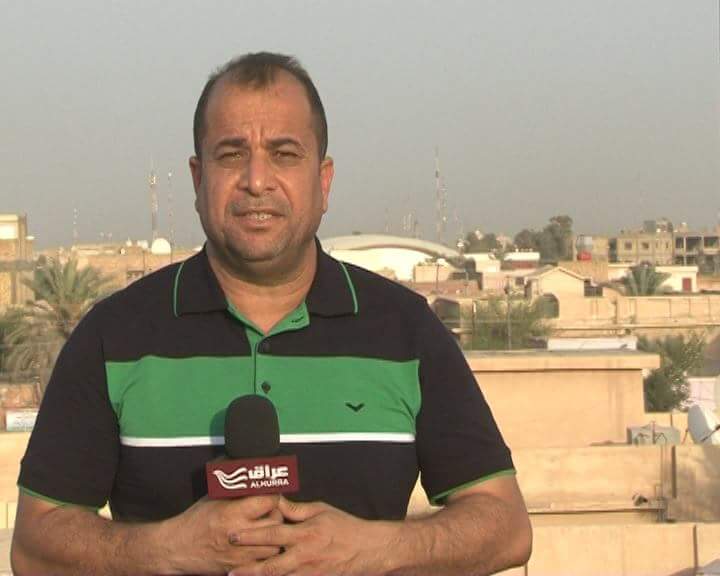 Alrafidain security forces attacked the staff of Alhurra during setting a report about a salt refinery in Samawa province.
Ahmad Alsaidy, correspondent, told Press Freedom Advocacy Association in Iraq that they were about to set a coverage about a military force dispersed in the salt spots in the area, which is considered a main area for salt crude in Iraq, and to meet the governor of Samawa afterwards.
He added that the staff passed the first security barrio, and was prevented from proceeding, under the excuse of lacking required permits from Alrafidain operations headquarters. The staff clarified that they returned to meet the commander in chief who was absent at the time. The staff returned to the factory to meet the salt harvest truck drivers, but they were attacked and abused by the security forces. Their mobiles and equipment were confiscated then they started beating correspondent Ahmad Alsaidy. The forces submitted a lawsuit against the staff to cover up their legal violation.
At the time that Press Freedom Advocacy Association in Iraq severely condemns the incident, it demands Alrafidain security forces to hold all those involved accountable, otherwise the association considers them part of the assault and would be called to court for violating constitutional terms that stipulates and confirms the freedom of press and publication in the country.
It is to be noted that the site named for coverage was a salt field and not a security area; and that by this act the reputation of being the least press violating province is placed on the fringe of question. The local government in Muthana is called to open an investigation in the incident to investigate the real cause of assault.