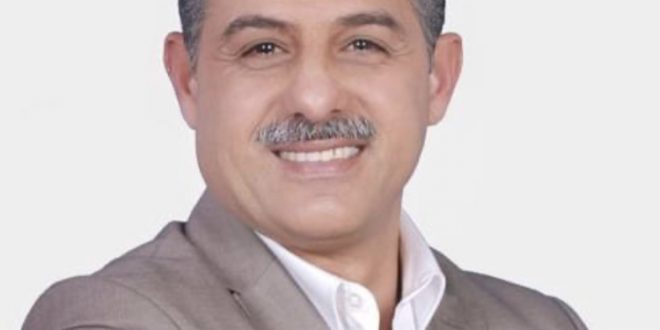 The Iraqi Media Network terminated the services of presenter Saleh al-Hamdani following a post on social media that was deemed offensive to a religious symbol in the country by political actors.

The network’s management issued an administrative order on the basis of the approval of the network’s president, Dr. Nabil Jassim, which provided for the termination of Saleh al-Hamdani’s services from working in the network for violating article 5 of the Network Act, which provided for (strengthening and supporting democratic principles and practices, encouraging acceptance of other opinions, a culture of tolerance countering racist, sectarian, dictatorial, violence and terrorism ideas and practices), as well as paragraph 3 of the Rules of the code of Conduct.

Al-Hamdani then posted a clarification based on what the political parties considered offensive, saying that the post was published first 10 years ago, and he reposted it since he believed that it was a regular post that did not offend anyone, as much as it mimicked the life of a simple woman who collects garbage and has no understanding of politics.

The Press Freedom Advocacy Association, surprised by this political denunciation by political leaders, parties and authoritarian movements against a post that is not offensive and targeted no certain person or party nor was it against a prominent religious figure in Iraq as claimed, considers the termination of the journalist’s services on the basis of political pressure that deprives the Iraqi media network of the status of its independence stipulated in the law and the constitution.

This seems to be prominent in the network’s administrative order when it was based on article 5 of the amended Network Act, which promotes the promotion of the principles and practices of democracy and acceptance of other opinions and a culture of tolerance, as this legal clause is supposed to be a protector of the journalists and others’ opinions, as well as the promotion of a culture of tolerance, particularly since Hamdani reposted a previous post, and the network used the article to dismiss him from work.

The Association affirms that the blockade of freedom of expression and the press by political and authoritarian actors poses a great danger in the coming days, and signals a united political will that will be adopted to muzzle the mouths in the next era, abolishing the principles, spirit and essence of the Constitution, which guaranteed freedom of expression, the press and publication in all its forms.

The association recalls the validity of Iraqi laws punishing the abuser before the judiciary, not before the courts of politicians and their will to dismiss, expel or eliminate those who disagree with them.

The association calls on the Iraqi Government to clarify its position on the political and authoritarian interferences that have taken place over the past few days in the affairs of supposedly independent actors such as the Iraqi Media and Communications Commission and the Iraqi Media Network, to explain its indifference to the seriousness of the collapse of the only right acquired after the change of the dictatorship, and to indicate its position in terms of protecting the Constitution and its principles. 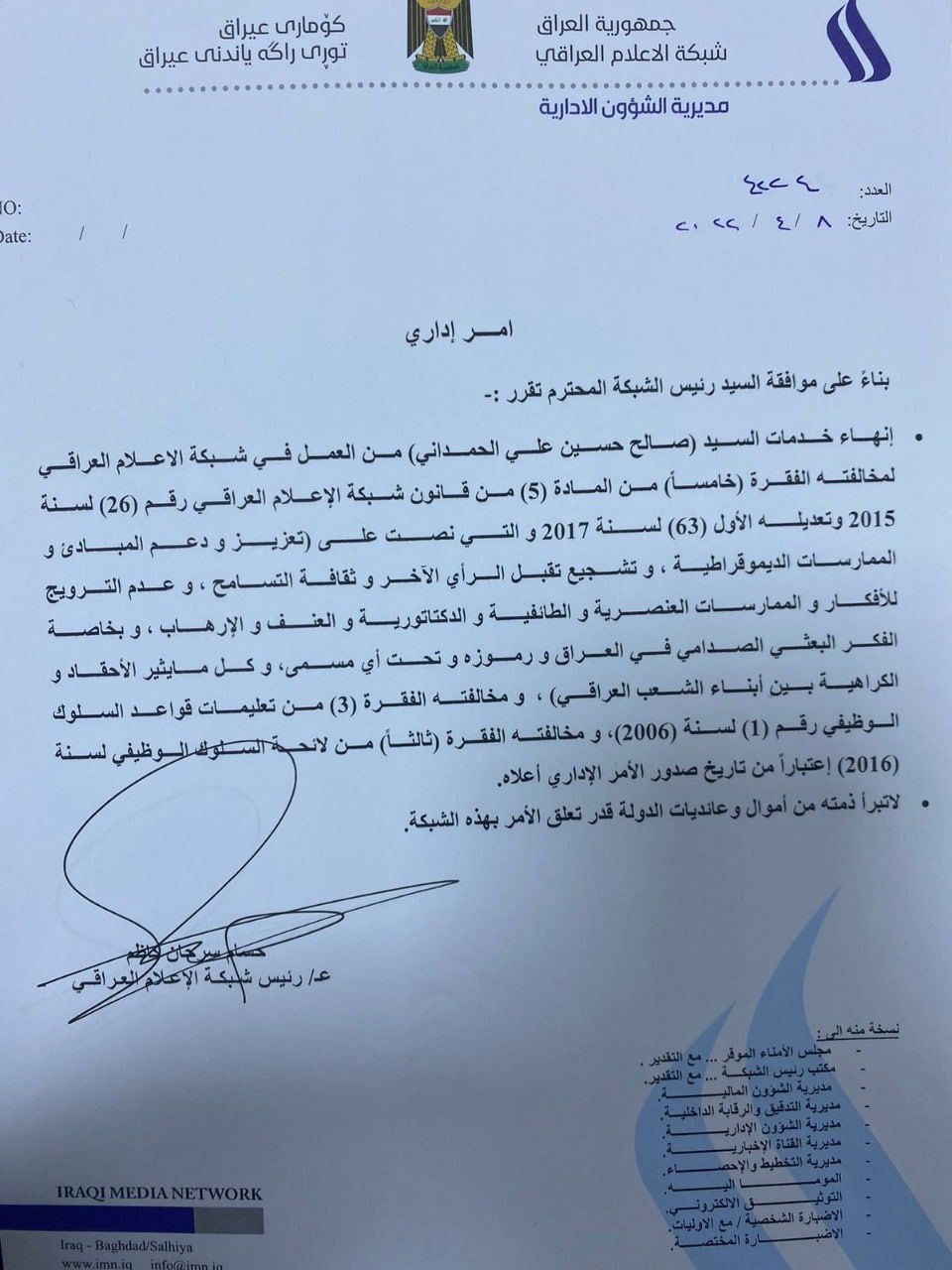