The Iraqi authorities, influential political sides and armed parties continue their series of flagrant violations that are directed to the Media and Journalists family in the country; where 388 cases of violation have been observed that breach the stipulations of article 38 of the Iraqi constitution.

The current and previous governments did not confront the attacking, detaining, preventing or obstructing coverage, and confiscating or sabotaging equipment by the security forces or the armed and political parties in power, that Iraqi journalists are subjected to on regular basis, nor did we notice any reaction by the current and former presidents of the republic towards a legal move to protect the constitution from repeated violations of freedom of journalistic work.

This government, as well,  has led to the increase of cases of abuse compared to last year.

Since the current Prime Minister Mohammed Shiyaa al-Sudani took office, he pledged to give priority to freedom of expression when presenting his program.  Political parties have also been filing lawsuits against journalists, in accordance with the articles of publishing crimes within the Iraqi Penal Code No. 111 of 1969; a law inherited from the former dictatorial era, with the aim of narrowing the spaces of journalistic work in various regions of Iraq.

The Kurdistan Region also continues to record the most serious violations in Iraq this year, and journalists continue to be imprisoned on charges of “espionage and destabilization of the system” or “conspiring against the regional government.”

The most common types of violations this year were beatings, preventing and obstructing coverage by official security forces, as PFAA recorded (260) cases during this year, followed by (62) cases of arrest and detention without arrest warrants, (12) cases of raids and armed attacks on media institutions and journalists’ homes, as well as (9) lawsuits filed against journalists and media institutions, despite the fact that the Supreme Judicial Authority decided to reactivate the publishing court  to consider journalists’ cases, (9) cases of injuries during coverage, and two cases of  Death threats and (28) cases of restriction that came in the form of official letters issued by governmental  institutions.

It is also noted that the governorates that have almost been evacuated of journalists as Maysan, witnessed (5) cases of violations this year, and this supports the continued fear of journalists to return to their governorate after a series of assassinations that victimised many opinion makers in 2019.

To read the report, click on the link below 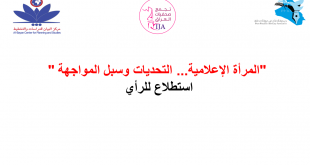