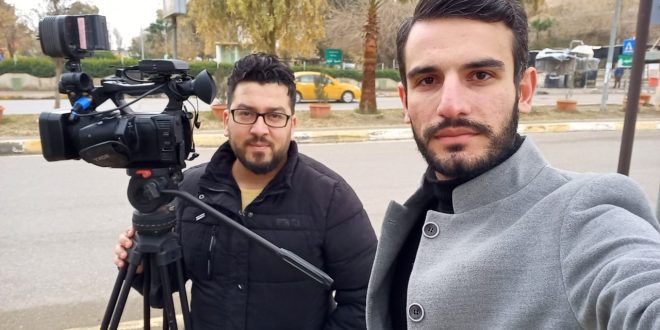 Monday morning, army security forces in Kirkuk prevented Speda channel staff from covering long queues of cars in gas stations, Speda reporter Allen Nashat mentioned in a phone call to Press Freedom Advocacy Association that he and his colleague cameraman Mohammed Ayoub went to “10 Nissan” gas station to investigate the reasons behind long queues in Kirkuk gas station, once they arrived the location, army forces prevented them from filming or making interviews with citizens, and threatened to arrest  them in case of covering the queues of cars lining in front of the gas stations.

PFAA in Iraq condemns the procedures that prevent journalists to do their work and the intimidation procedures applied against them upon coverage.

The association considers this procedure a clear violation of the freedom of press and media work that is constitutionally guaranteed, and calls security services in Kirkuk to stop preventing the media from doing their journalistic duties, and to respect law principles, which are stipulated in the constitution, which guarantees freedom of press and media work, in all its forms, without any condition or restriction.